I was thrilled to be asked (along with a number of other singers) by my friend and colleague, composer, Leonard Lehrman, to work on a new composition he wrote on May 2, with the words from the poem Pity the Nation, by Lawrence Ferlinghetti. The poem was written in 2007.

I got started on it right away and sent Leonard a quick recording the next day. He sent me his notes and corrections and I took a few more days to work on it. I recorded it again on May 5.

Leonard told us it could be sung a cappella or with piano accompaniment.

Here is my interpretation of Pity the Nation, with music by Leonard Lehrman and words by Lawrence Ferlinghetti. The first track is sung a cappella and the second is with piano accompaniment, played by the composer, Leonard Lehrman. 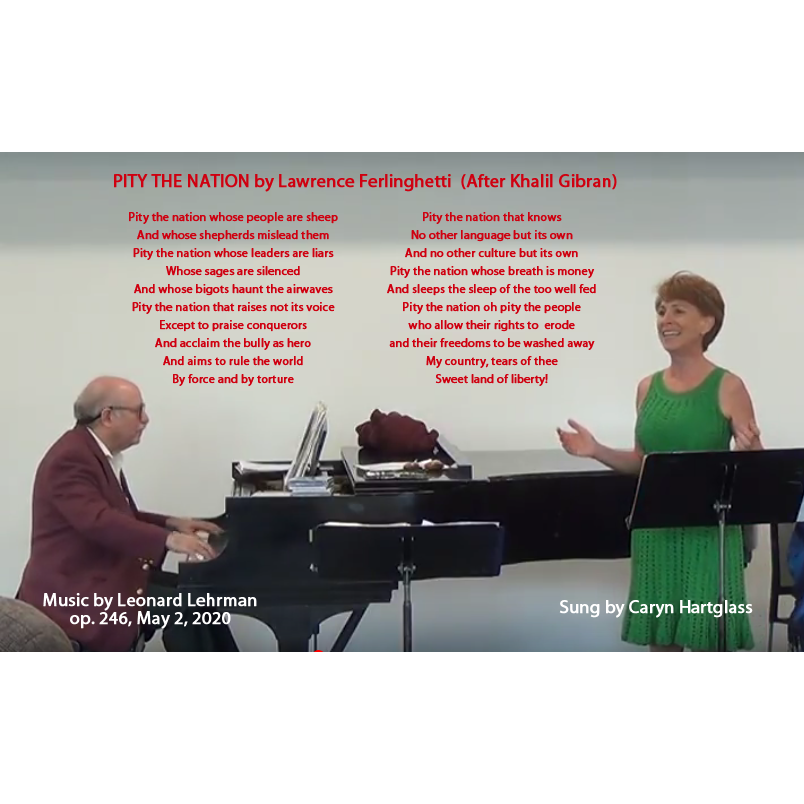 PITY THE NATION by Lawrence Ferlinghetti
(After Khalil Gibran)